I love my new Chevy Volt! 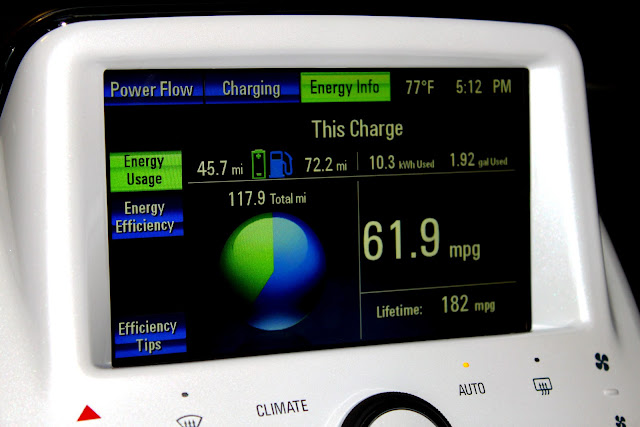 How much? Well, not quite enough to be bothered to take a sexy photo of it outside, but still a lot. 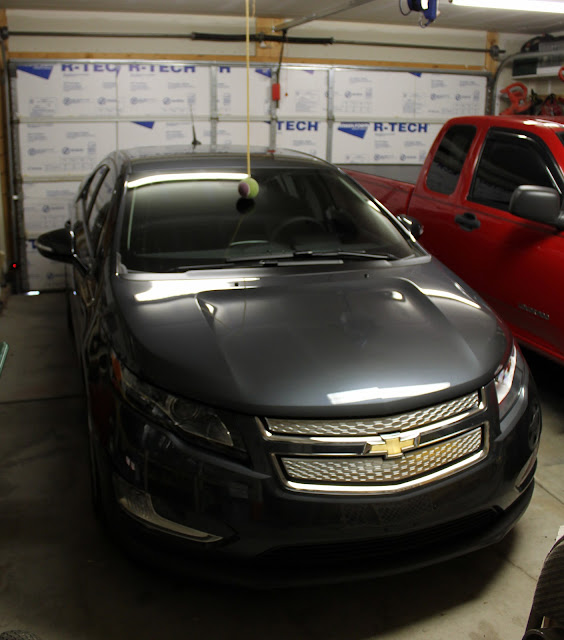 No hitting the garage wall for this Volt!
Her name is Stealth.

It was almost Zazzles, because she's so zazzy, but Sexy Nerd didn't get the reference.

(It's from Big Bang Theory. Come on, Sexy Nerd.) 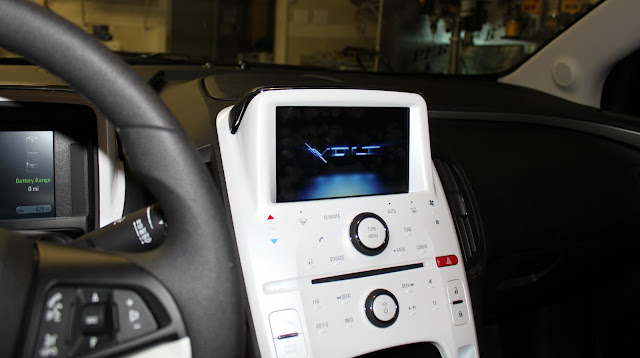 When you get into the driver's seat, the Volt plays a tune and welcoming graphic to greet you. 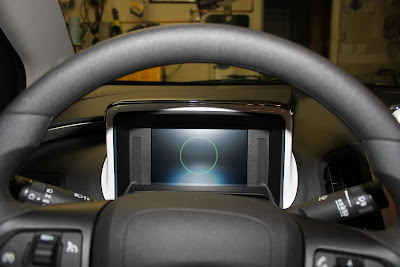 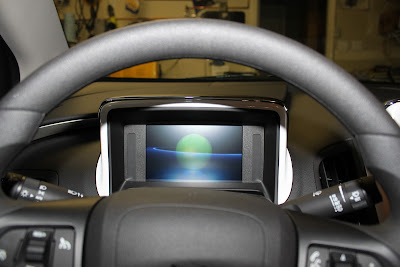 Preparing for lift off... 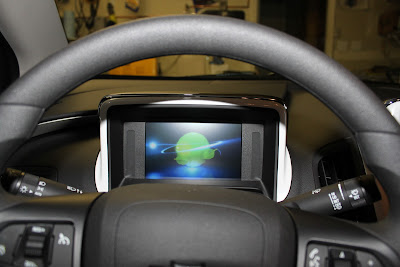 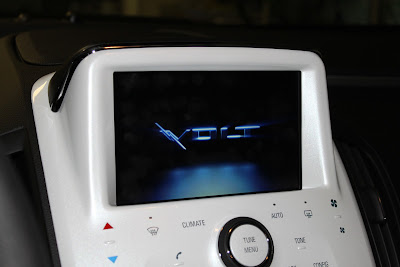 CONS:
Okay, I do have more cons, but they're really just for my own personal preference. The Volt looks a lot like the Cruze, Malibu, and Impala. I'd prefer my new car to look more unique. The antenna looks cheap. In my Alero, the antenna was built into the back window. I wonder if this might not have been a practical option for the Volt because of interference from all the electrical doodads.

I wish I'd gotten the Volt in silver instead of gray. The color looks nice now, especially with the tinted windows, but I'm worried that it will show dirt and scratches more than the lighter color. Also, I've been kicking myself for not upgrading to heated leather seats and Bose speakers. Sexy Nerd and the salesman told me that I would regret getting leather seats in New Mexico because they would get too hot. Nonsense! (Update: I've now gotten my new car absolutely filthy and the gray actually shows dirt less than the silver. Woo hoo!)

I'm prone to buyer's remorse with every purchase though. How badly? I'm still miffed about a squash I was overcharged for at the farmer's market last month - they owe me 15 cents! Other than a few "would've, should've, could've" thoughts about my Volt, it's a great car.