Drinking It Up at the Wine & Wagyu Festival in Angel Fire

Last week, Sexy Nerd and I had the pleasure of attending the inaugural Angel Fire Food & Wine Roundup in the beautiful New Mexico mountains. Remember how we'd just barely returned home from the Taos Wine Festival a few days earlier? Yes, life without kids sure is tough.

There weren't any drunk chipmunks this time. There was a weasely ferret thing though and he was a bit of a pervert. More on that below. 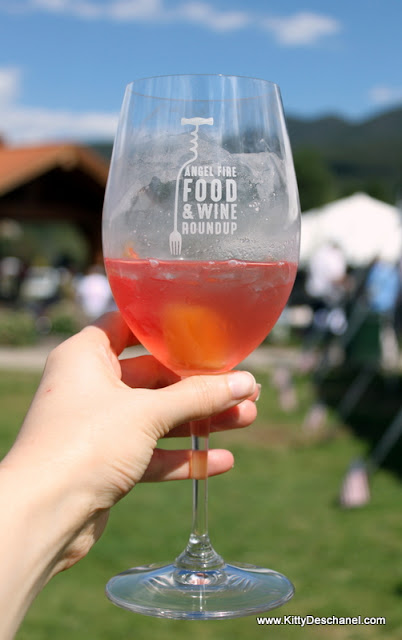 See the ice in my wine glass? I mixed my own crazy drink by visiting 3 different vendors, which was a fun idea until other festival-goers kept stopping me to ask what I was drinking and where I'd gotten it. My response always embarrassed us both.

Before I get into the details of the Angel Fire festival, I need to speak to you about a very serious matter. I need to report a food crime. 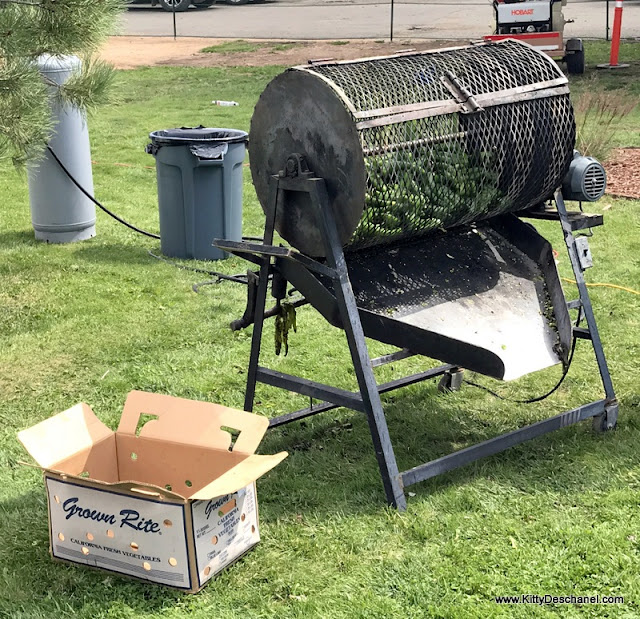 Our first thought when arriving at the Angel Fire Food & Wine Roundup was that they'd one-upped the nearby city of Taos by incorporating chile roasting into their festival. It's currently chile season here in New Mexico and there are few things we Southwesterners enjoy more than the spicy aroma of Hatch green chile drifting through the air. We even have chiles on our cars, with our license plates declaring our state to be the chile capital of the world! It's a big deal here. You have got to be kidding me.

Here in New Mexico during the very peak of chile season, someone had the audacity to bring chile from California? And not even be ashamed enough to hide the box?? AT A FOOD AND WINE FESTIVAL???

I'm not going to name any names, but the guilty party was serving up corn tortillas with the bland chile, sprinkled with parmesan cheese. (Parmesan cheese?!) When asked if they were rajas tacos, the vendor shrugged and said they're chiles on tortillas.

We noticed a common theme throughout the rest of the event. See if you can guess what it was before jumping to the next photo. 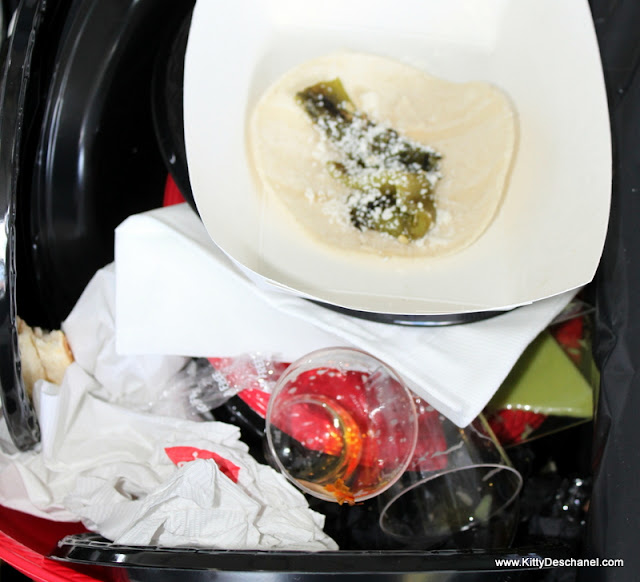 So much valuable trash can space. Whoever threw this rajas-taco-but-not-really out didn't even try a bite!

There were some winners at the Angel Fire festival though. 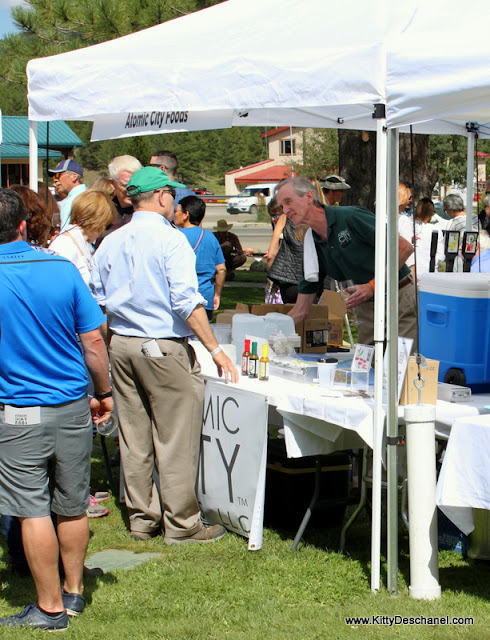 Atomic City Foods came out from Los Alamos, NM with their "radioactive" hot sauce. The company founder, seen here, was dispensing Margaritas, Piña Coladas, and Bloody Marys, all improved with his scrumptious sauces. 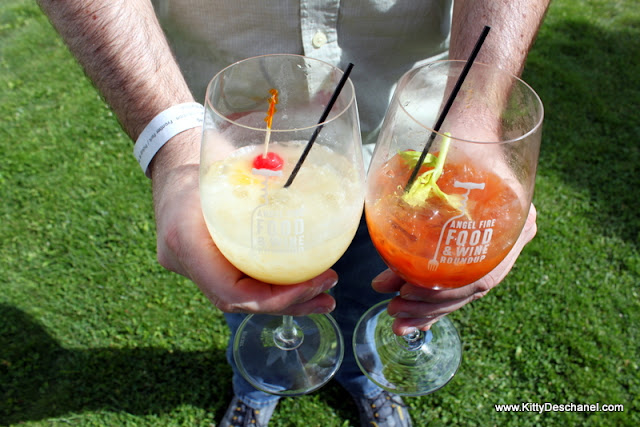 The snazzy garnishes were a nice touch as well.

It wasn't until she'd reached the front of the line that the woman ahead of me realized all of the Atomic City Foods drinks were non-alcoholic. She was not happy! After making a big hubbub about wasting her time, she took her Piña Colada and stormed off, griping to everyone she passed about the drink not containing any liquor.

I noticed that same woman returned through the Atomic City Foods line at least two more times to try the other flavors. 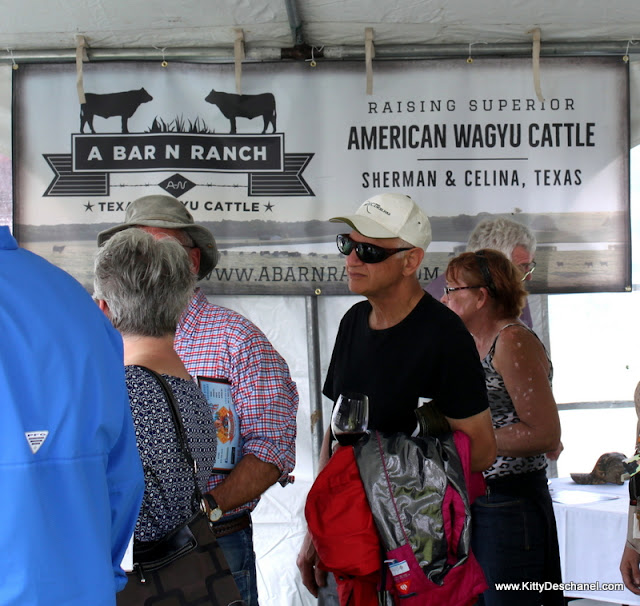 A Bar N Ranch was easily the most popular vendor at the festival. With a constant line for their Wagyu beef sliders, they ran out of green chile sauce (oh no!), but even this didn't deter people from waiting for a bite.

Rumor has it they grilled 600 sliders in 2 hours, always with a smile.
Okay, that last part wasn't part of the rumor, but the folks at that booth really were very nice. Is that a Texan thing? 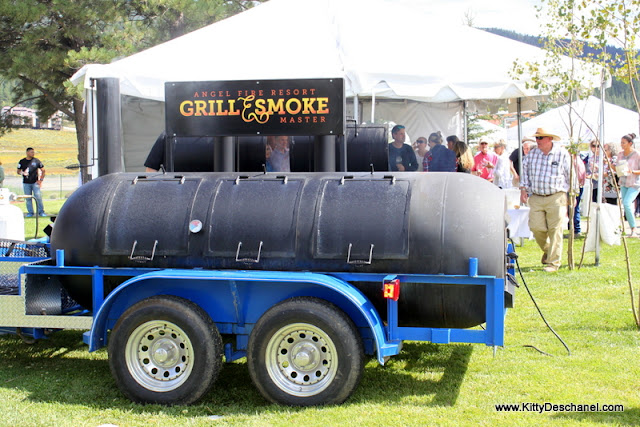 It takes a lot of firepower to cook all those lil' burgers. 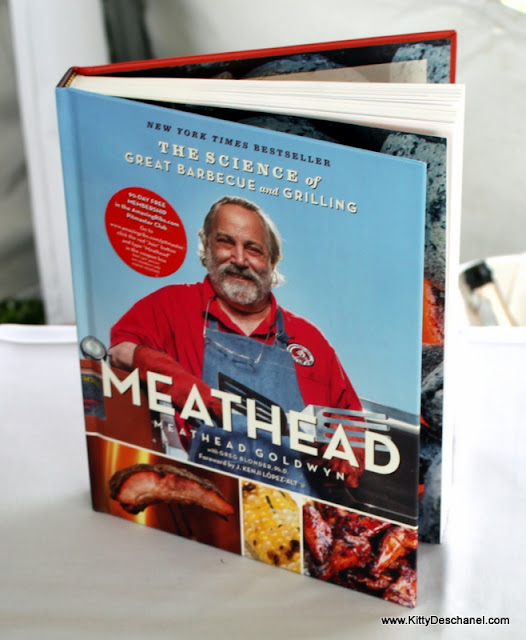 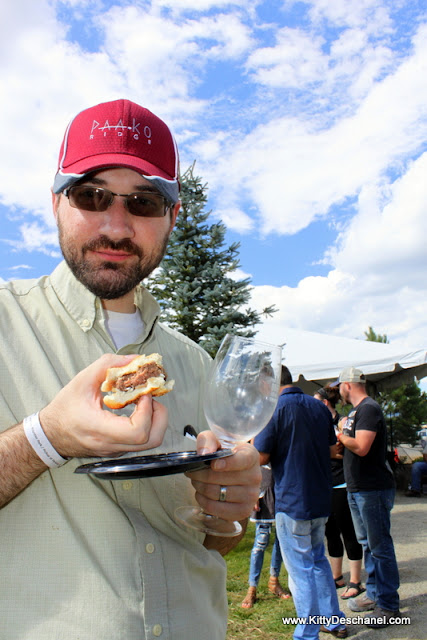 Sexy Nerd may have eaten more than his fair share of the 600 sliders. I caught him in that line again and again. An older man struck up a conversation with him at one point, telling him, "Enjoy the burgers because they were like $20 each at yesterday's event."
I'm glad we weren't there for yesterday's event. 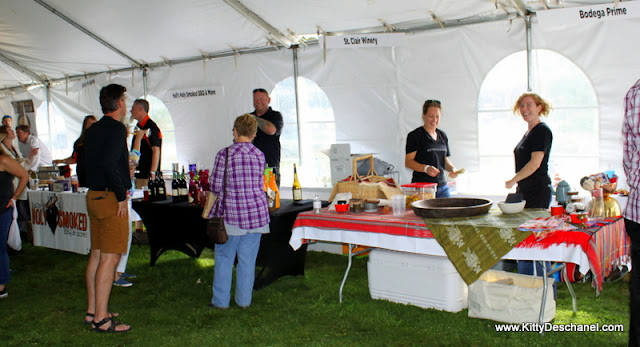 Bodega Prime, from Santa Fe, NM, served up Sexy Nerd's favorite bite of the festival. (Yes, even better than the beef!) They were shrimp wrapped in an assortment of organic veggies and they were gorgeous. I ate mine without thinking to snap a photo, but it was okay because Sexy Nerd said he'd taken a photo.

Fast forward to me writing this blog post and discovering that Sexy Nerd thought I meant something else (so he says) and hadn't taken any photos of any food or any wine at the food and wine festival. 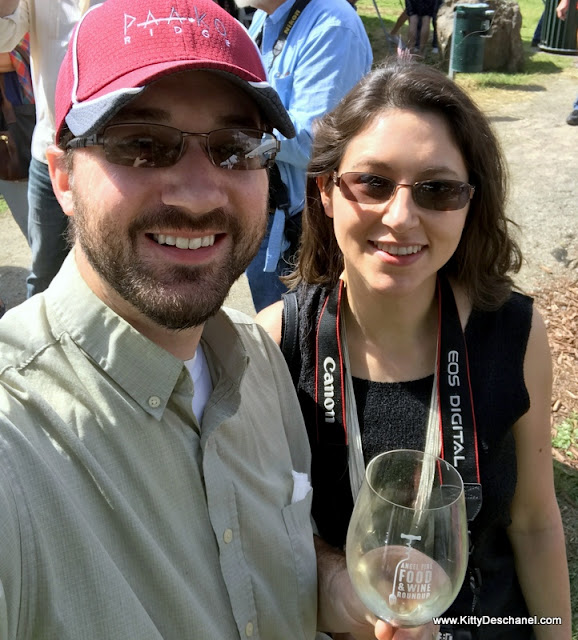 My favorite vendor was St. Clair Winery, who I'm partial to because we served their DH Lescombes Imperial Kir at our wedding. We were also gifted a bottle by our realtor when we moved into our first home. I'm planning to pick up a bottle for our first night in our new house, which might actually be tonight. (So what the heck am I doing blogging, right?) It's a really yummy, not-too-sweet sparkling wine with a hint of raspberry that's perfect for pairing with desserts or sipping on its own. 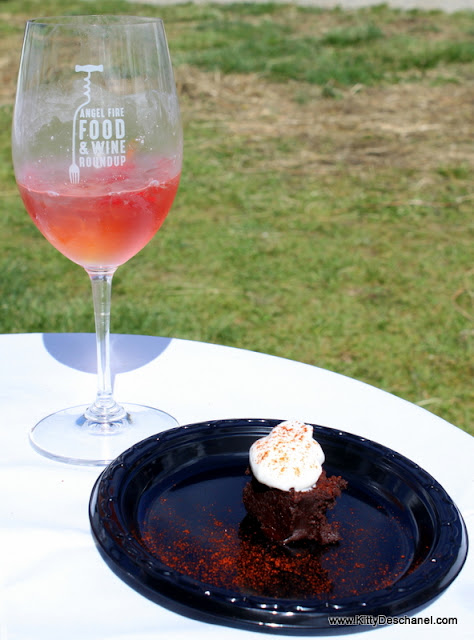 This chocolate torte was high on my list of Reasons Why We'll Be Visiting the Angel Fire Food & Wine Roundup Next Year. (See you there!) It was so rich and dense that Sexy Nerd couldn't finish it - a great sign for a chocoholic like myself. The chile powder dusted on top was a nice touch. I'd have added a pinch of cardamom as well. 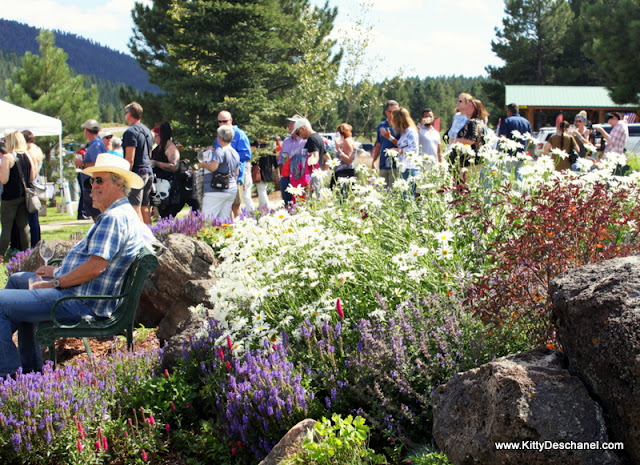 Another lovely part of the Angel Fire Food & Wine Roundup was the setting. You really can't beat the New Mexico mountains in late August. 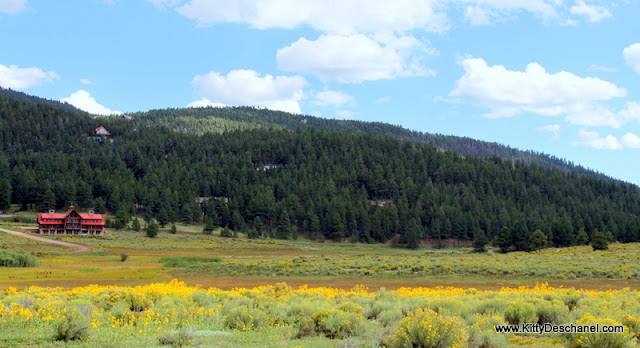 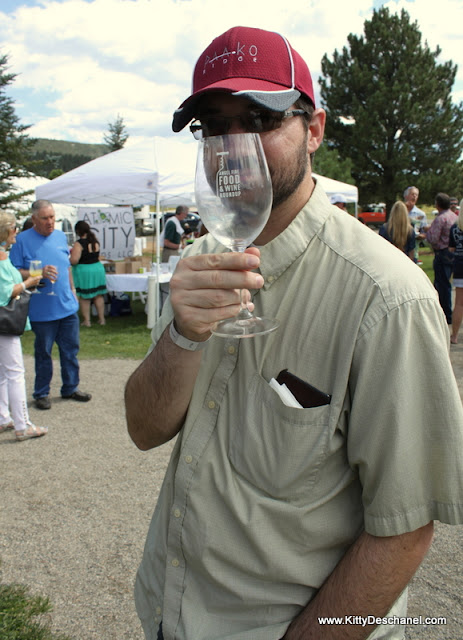 Personally, I think Sexy Nerd enjoyed a few too many samples of wine and beer. I have a photo to prove it. 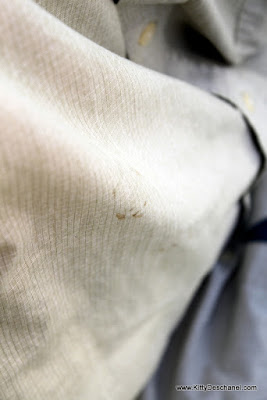 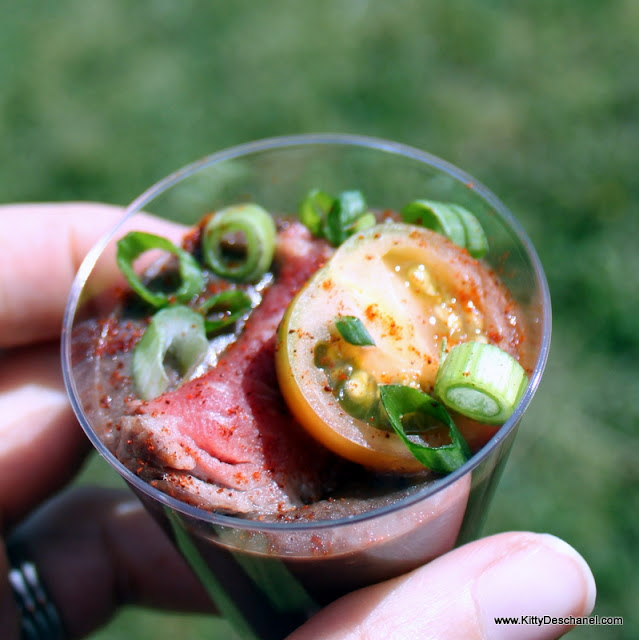 There were also cold bean/steak/tomato shooter dealies. Think of them like deconstructed Taco Bell burritos.

I need to wrap up this post, as I have a million other things to do and no time to do them. (I wasn't kidding when I said we might move into our new house tonight. A year and a half since breaking ground, I haven't even started packing!) Below are a few more photos to enjoy from this year's festival. If you're able to visit next year, I highly recommend attending both the Taos Wine Festival and the Angel Fire Food & Wine Roundup. They're only a week apart and there are breathtaking hikes and quirky mountain charm to occupy your time in between. We even have a great hotel recommendation that's central to both events, which I will probably tell you about in my next blog post. It's such a gem and you should totally stay there...but not during the festivals next year because I want to stay there.

If it sells out before I make my reservation next year, it will be my own foolish fault. 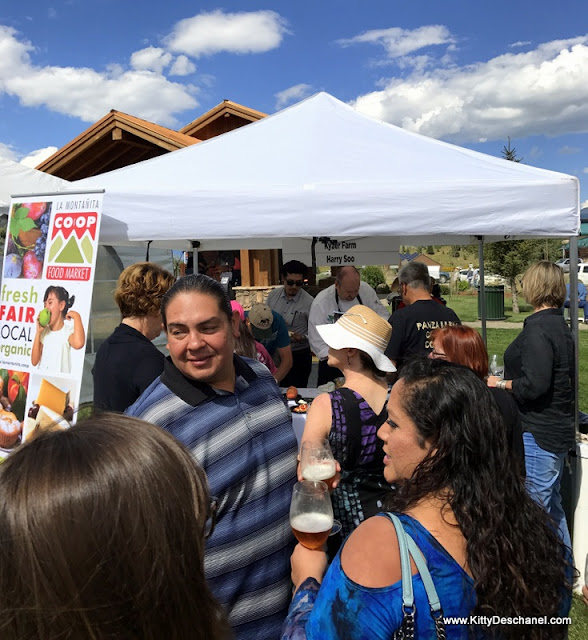 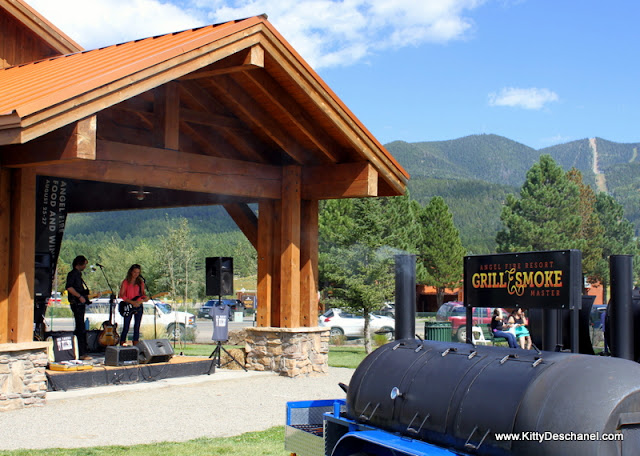 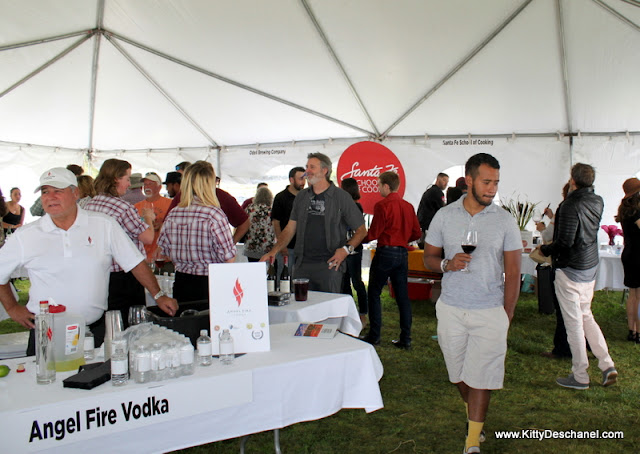 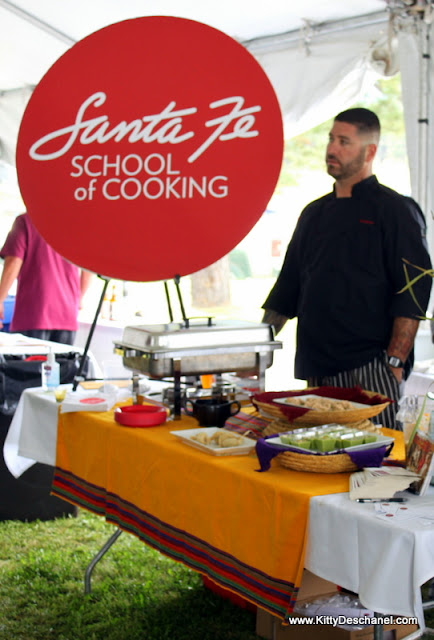 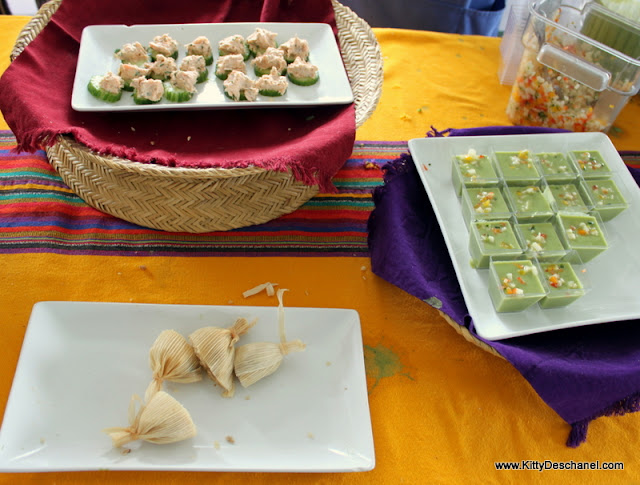 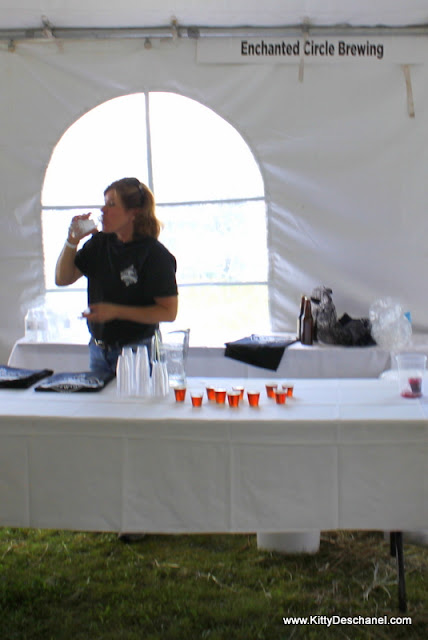 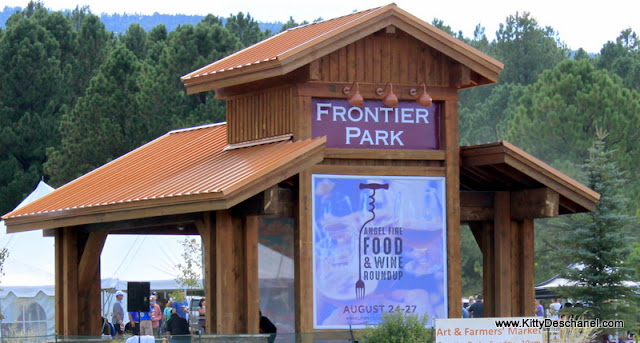 Oh, wait! I promised you a story about a perverted rodent. So, after the festival, Sexy Nerd and I donned our dorky hats and headed off on a hike. We stopped at an outhouse along the way which had a little wire grate in the corner for ventilation. From inside, I saw what was either a clump of dry leaves blown in the wind or an unidentifiable little face approach and press against the grate. We made eye contact. I jumped! It jumped! I ran outside to see this: 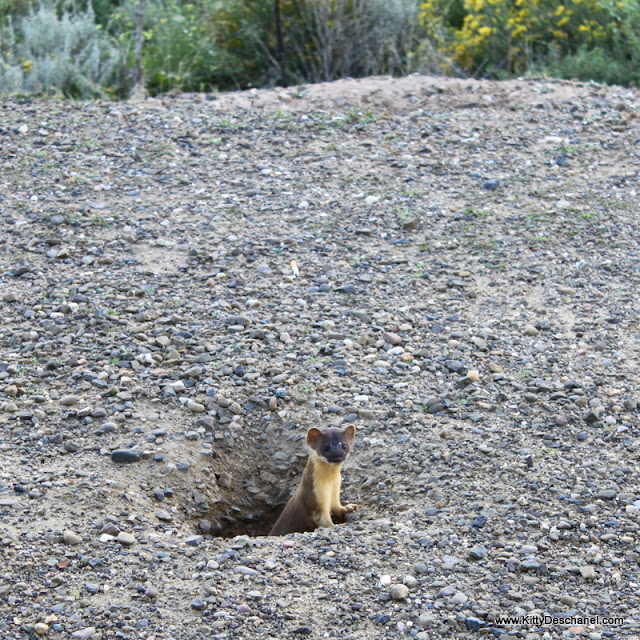 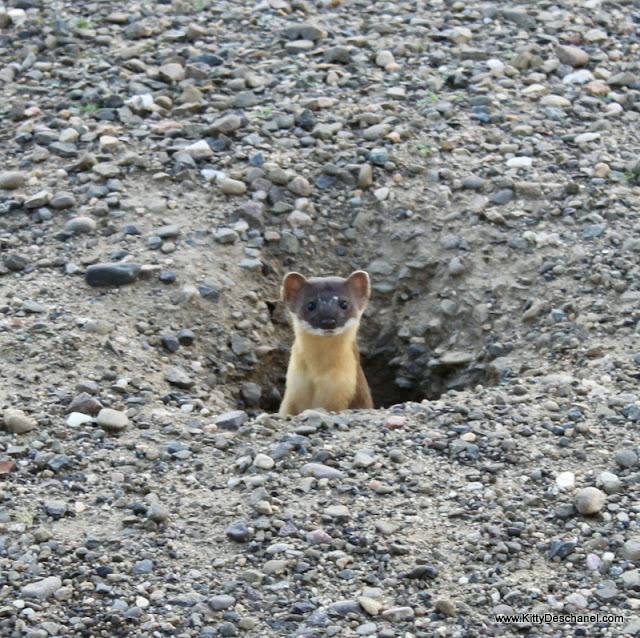 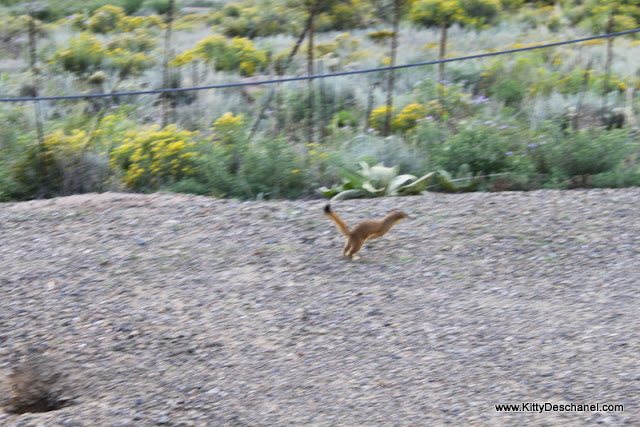 From Googling, I think he was a long-tailed weasel. I don't even care that he's a bathroom-peeking little perv. I love him.