We're home from the Summer Wine Festival in the lovely Taos Ski Valley, NM and we had the BEST time ever. Somehow, the fabulous Cecilia Cuff and her fellow event organizers made it even better than last year! I have a million photos to share, but since that would surely freeze your computer and make you hate me forever, I've broken them into lots of smaller blog posts. You're welcome!

Well, unless you hate wine festivals, in which case you're going to get pretty annoyed over the next few weeks. It's going to be wine, wine, and more wine around here.

Also, what the heck do you mean you hate wine festivals??

Let's start with a little non-awkward stuff. It's my site and I am the poster child of social anxiety, so you know I mean it when I say there will only be a little. Even that may be an exaggeration... 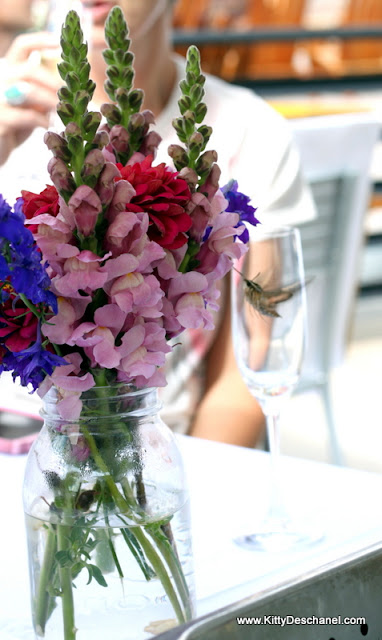 See this cute hummingbird? These guys were all over Taos this weekend, zipping along and enjoying the beautiful flower arrangements and probably a little wine when they thought no one was looking. Oh, but guess what? 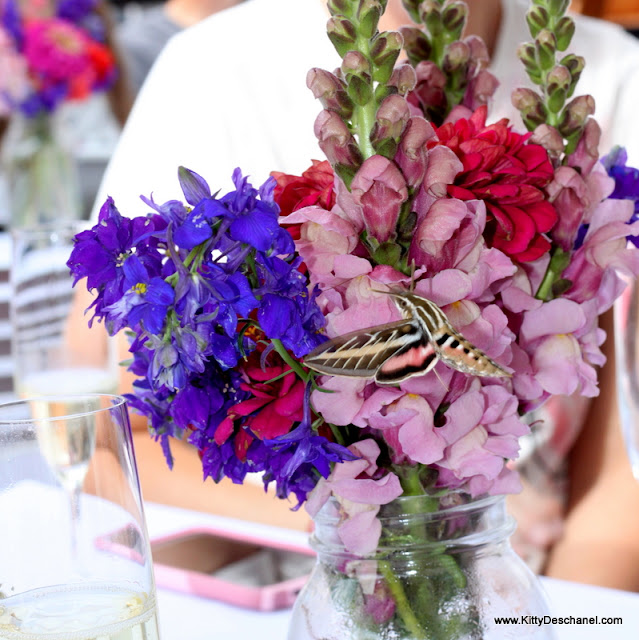 They're not hummingbirds at all. Surprise! They're hummingbird moths. 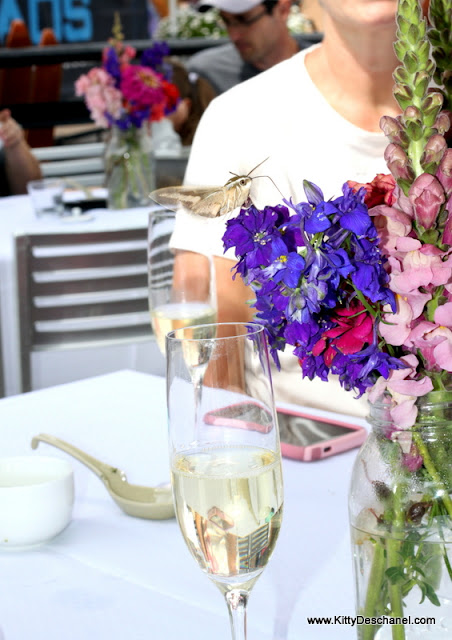 Did you know such a crazy creature exists? The things you learn at a wine festival.

And that, my friends, wraps up the non-awkward portion of this post. Come to think of it, even that last part was fairly awkward, as there was originally a woman in each of the photos above. She looked so annoyed in each and every shot, most likely because I kept snapping my camera directly at her. I was only taking photos of the moth! I didn't even know she was there!

It's my understanding that she is the principal of a school in Taos. If you know her, please apologize on my behalf.

Ready for some (more) awkwardness? SN and I aren't big drinkers, plus my non-drinking parents joined us this year, so we're dialing up the awkwardness to the max. 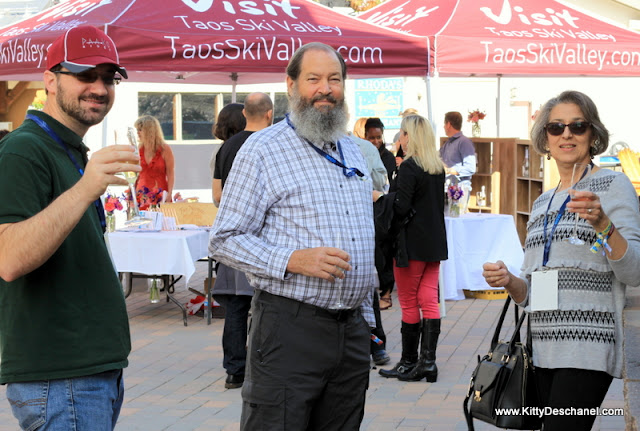 Santa Claus in the off-season? No, it's my dad. 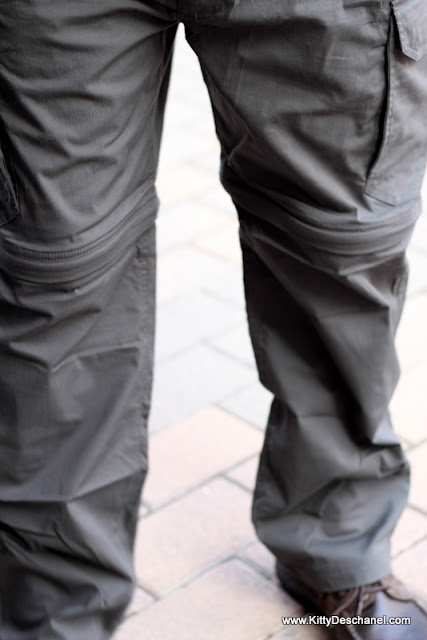 OH NO! We were headed to one of the first events of the weekend, a progressive dinner through three of the best restaurants at the ski resort, 192 at The Blake, the Hondo at the Snakedance, and Blonde Bear at Edelweiss, and I noticed that something seemed off about my dad's outfit.

His pants unzip at the knee to become shorts.

(Also, I had to keep reminding myself not to call it a "progressive" dinner around him, lest he spin into a Rush Limbaugh-like rage and bust out his MAGA hat. Dads, right?) 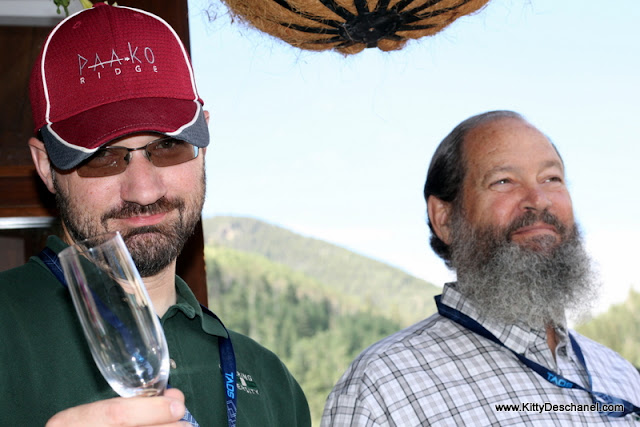 Even my beloved SN gets a little awkward at a wine festival. And he isn't awkward at all. 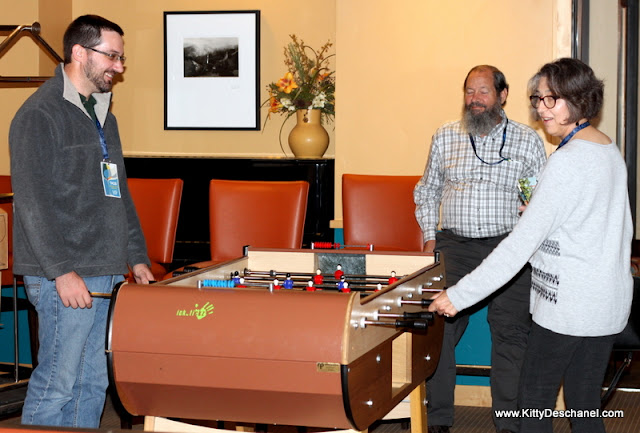 A little-known fact of the Taos ski resort is that they have free foosball. Take that, Aspen! At least, I think it was free. We'd all had a lot of wine by this point. 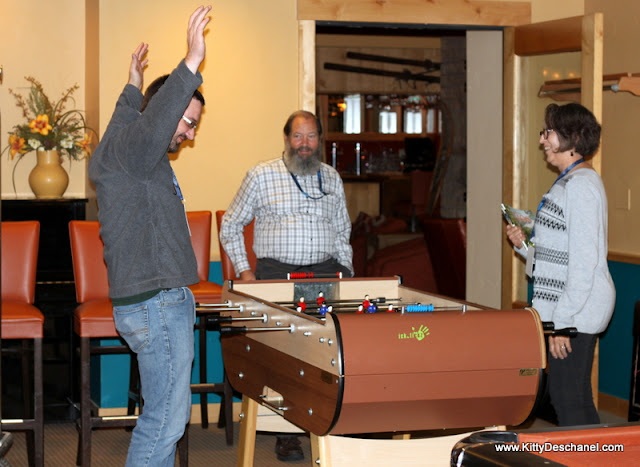 You're supposed to let your in-laws win. Don't believe me? My dad's face says it all. 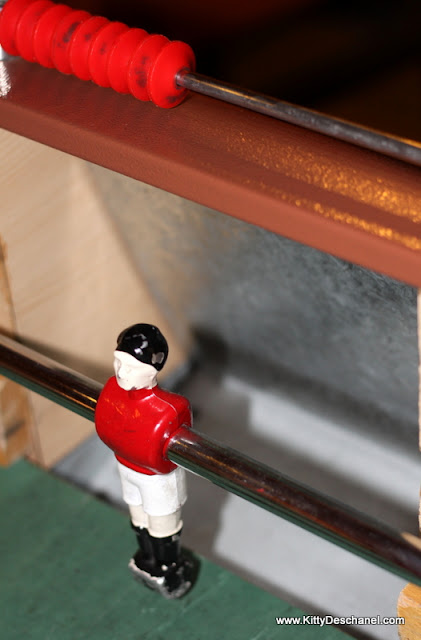 This little foosball man would facepalm if he could. 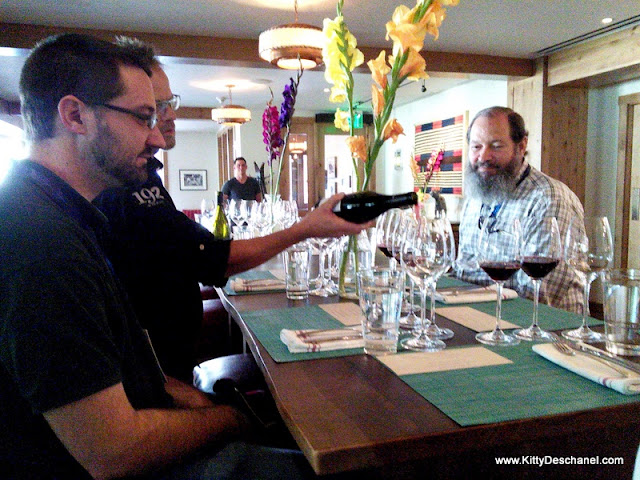 Speaking of my dad, he has never done anything like the Taos Wine Festival in his life and he thought he was going to hate every moment of it. My mom had to drag him along against his will. Well, for any of you who are unsure about going to the 2019 Taos Summer Wine Festival, he loved it!

The awkward part? He had a massive heart attack just a few weeks ago - came this close to not being here anymore. The person in charge of the event and I actually had an email conversation beforehand about finding things he would be allowed to eat. I needn't have worried though (which I suppose worries me most of all), as he ate everything and then went back for seconds and thirds, doctor's orders be darned. My dad asked me if I thought the wine might affect his blood thinners...5 glasses in.

Funny enough, I just Googled it to make sure I'm right that you shouldn't mix alcohol and blood thinners (I am) and one of the first results was "Can I drink alcohol instead of taking a blood thinner?" Doctors have an incredibly frustrating job.

Bringing the awkwardness back around to myself, The Queen of Awkward, I took so many photos during the Taos Wine Festival and I swear everyone was smiling and posing for me at the time. Back home though, that's not the case at all. Look at this poor guy, trying to make the best of a bad situation while I photograph him. His frustration with me is radiating off the screen. That's not how I remember this! He smiled and posed and was happy for me to take his photo...right? Wine and photography don't mix.

There was also a weird hug situation that is still haunting me all these days later. It was during the Grand Tasting. I was walking around and a man came up to me and smiled and said hello. It must have been obvious that I didn't recognize him (I never recognize anyone - I'm so freaking awkward) so he reminded me that we'd had tea together that morning with local restauranteur Andy Lynch, who I would also not recognize. And then the next thing I know, we were hugging. I keep going over this in my mind and there was no reason he would have initiated a hug, so I must have done it in a panic without even realizing it was happening. We didn't speak again the rest of the weekend.

Probably my most awkward thing of the Taos Wine Festival (yes, there's more) was my interaction, or lack thereof, with Cecilia Cuff. She invited me and my husband and my parents, so I should at least say hi, right? We've been emailing back and forth for more than a year and I have even invited her to our new home, so a simple "hi" seems very reasonable. And I was going to say hi...but then we crossed paths and she casually asked how I was and I casually (but not really because social anxiety) replied that I was good, which threw off my plan for talking to her. It's not like I could still introduce myself after already speaking to each other. And had she known who I was when she said that or was I just a random guest and she was being friendly? I build these things up in my head. I am so bad at peopleing. Then my mom mentioned that she'd read about Cecilia online and that she is "very accomplished", so of course I couldn't talk to her after that. She's practically a celebrity! It's like when I went to blogging camp and had coffee next to Joy the Baker and my brain turned off, so all I could do was smile stupidly at her. Cecilia, if you're reading this, I'm the weirdo who kept smiling stupidly at you and I am sorry.

Actually, I should probably send her the link to this, what with me saying I was going to blog about her wine festival and all. No, I'm not going to send it, although I know I need to, so instead I'll just lay awake tonight thinking about it and send it tomorrow and then check my email every few minutes until she replies so I can know if she thought this was "ha ha" funny or "keep that strange girl away from my festival" funny. (No matter what she says, I'm going to assume the latter.) The awkwardness just keeps coming. 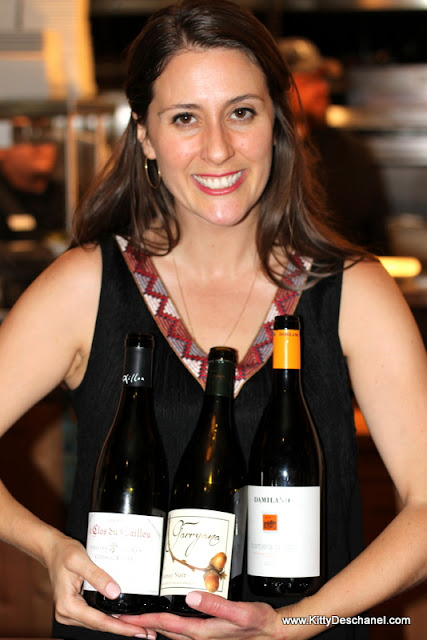 I was also super, super excited to see this lovely wine enthusiast when we arrived. I know her because she's sometimes the sommelier at our favorite restaurant, Scalo, on Wednesday nights. I've always wanted to ask her how she learned so much about wine, but have always been too shy and ridiculous. Get a few glasses of wine in me though and I was suddenly off my chair, all hyper and weird, and posing her with an armful of wine bottles.

And if you don't think that's awkward... 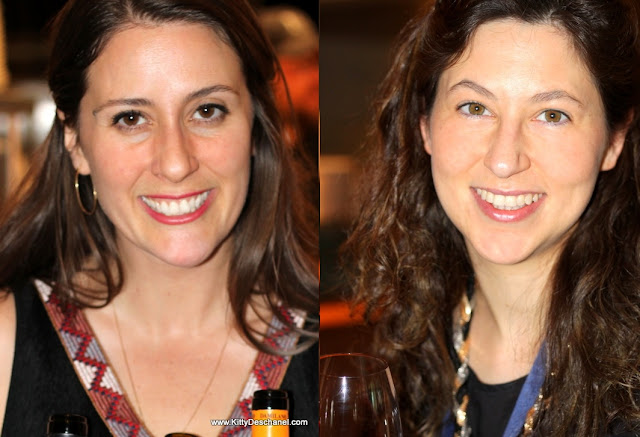 I can explain! When my parents arrived at the Taos Wine Festival, my dad went up to the sommelier because he thought she was me. He even pointed her out to me when I got there, insisting we look identical. Well, that's clearly nonsense and I have the photos to prove it and I set them side-by-side to show the world how we look absolutely nothing alike and that my dad is crazy...and now I actually do kinda see what my dad was talking about. Do you see it too?

I hope she never sees this. I'm already inept enough when we go to Scalo without her seeing this. The things I post on this blog, my goodness.

Okay, just a little more awkwardness. It's a lot of awkwardness crammed into one photo... 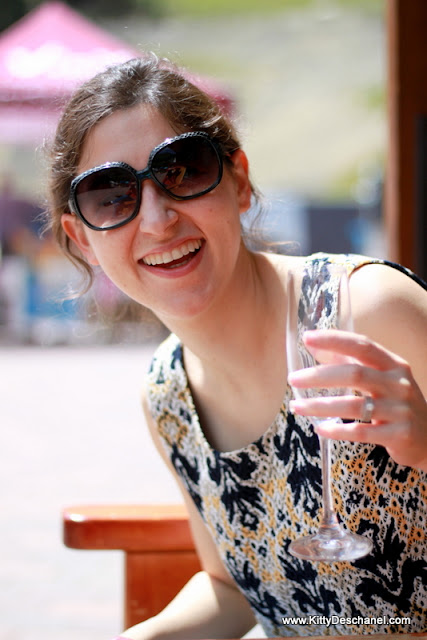 WHY DIDN'T ANYONE TELL ME MY SUNGLASSES LOOK LIKE THIS? These are my favorite sunglasses (well, they were my favorite - not anymore, obviously) and I've been wearing them everywhere, thinking I look so cool, even though they're uncomfortable and don't have prescription lenses so I can't actually see anything when I wear them. If I'd used this photo in my side-by-side comparison with the sommelier above, she'd have been rightfully offended.

I look like a bug. And not a cute one, like a hummingbird moth, all fuzzy and photogenic. A praying mantis.